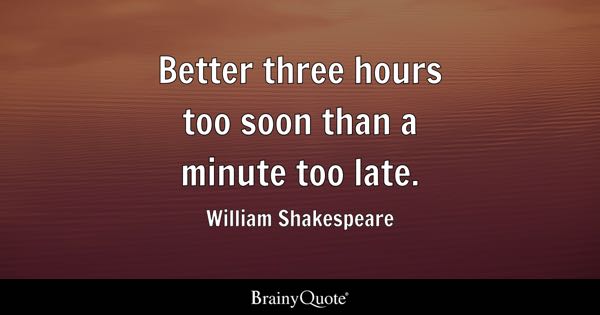 When I think of people who are starting their first day either in employment as a whole or perhaps just a new job, the typical things come to mind, first-day nerves, stumbling to find their way around and being content around new groups of people.

However, my very first day at work was riddled with a huge amount of anxiety and tension, a hell of a lot of running and multiple breakdowns before midday, and most importantly, before I’ d even arrived at work. It was not a fun experience, but in a way, things managed to work out in the end.

8:00 I  was wake awake much earlier than anyone else in my household, lazing around in my pyjamas flicking through this humongous handbook for student mentors, I glanced at every page trying to reassure myself that the two days of training was enough for me to be good enough at this job, I mean it was my first day,  surely too much wouldn’t be expected of me?

9:00 I slowly but surely moved out of bed, pushing my closet doors aside staring at the very limited set of professional, smart clothes I’d owned, so far I’d accumulated 3 different styles of blazers, a loose-fitting yet incredibly crumpled blouse and to my dismay, absolutely no trousers. It completely slipped my mind that I had to buy trousers and with my current budget I really couldn’t afford it. I pulled out a smart, black knee-length dress and paired it with a blazer, some thermal tights because the weather was awful and ankle boots. I was pretty much good to go.

9:20 I quickly checked the bus times, I didn’t mind taking two different buses as long as the times coincided with each other. I finished up with my skincare and makeup routine, the usual wide awake eyes look with plenty of concealer and highlighter to give myself a healthy glow. Then I realised I had ten minutes to go.

9:30 Getting ready was a success, I was out the door all bundled up in my coat, scarf and gloves with the handbook and paperwork to guide me. Until I actually got out the door. I hadn’t realised it snowed a little the night before and there was already plenty of ice covering the streets, my boots weren’t gonna help with this. Nevertheless, I carefully made my way to the bus stop which already had about five people waiting for the same bus as me, what was with the buses this morning? The wind decided to blow making me realise how difficult this journey was gonna be in the outfit I was wearing but I decided to pull through.

9:40 There was still no bus, six buses had already passed but in the opposite direction. I was growing impatient and even more nervous by the second, was I actually gonna make it on time?

9:45 Two buses that were due to arrive got delayed by five minutes or more, now the nerves really started to kick in. I quickly scrolled through my emails to find the contact number of the school, I had to let them know I was gonna be late, but what kind of impression would I give? Could I risk not mentioning it to them? Would I be risking my job? All these thoughts and more raced through my mind at a rapid speed. What have I done?

9:50 A bus finally arrived and I got on, but this was no time for relaxing, I opened up Google Maps and tried to figure out where I had to get off and where the next stop was. I was so absorbed in these thoughts that I forgot I had to get off the bus, but luckily several others leaving prompted me to get and leave.

10:10 At this point I felt stranded in a sea of people who knew where they were going and what they were doing, but I didn’t. I had less than 40 minutes to get to the school and this next bus journey was going to be even longer than the previous one. Any delays would put me back even further. After haphazardly trying to figure out where I was going, the next bus arrived. I might make it.

10:40 Traffic upon traffic plagued this route and I just sat my body tense, nausea growing more and more powerful by the second. The amount of ice on the paths led them to become almost unwalkable, but this was no time for walking. I had to run and I knew it.

10:50 After running where the ice ended and walking where the ice started, I had a few more roads to go down, luckily it was one straight path after another, so it wasn’t too difficult to run down. Until I realised I had to run down one incredibly long driveway, after all I’ve been through… why?!?!

10:55 The gates opened and I quickly scanned the concrete drive, the ice was almost gone making it safe to run down, I ran and I ran and I ran, even the security guard noticed my tardy-ness except that it was not my fault and encouraged me to be careful, I screamed thank you in response.

11:00 I was ten minutes late to the first session, but the day had only begun.

Reminder to self: don’t ever let this happen again!!